The name Torrano has it’s origins in the names Torano & Thorano Historical records accredit two sources for the name of the original site, one referring to a location ‘difficult & impervious’ The second relates to a Roman Family, the Turania of the ‘piomo millennium’. This relates to parchment papers that mention the family and places them nearby in relation to Roman Settlements at Diella Velleia, the remains of which still stand to this day. The text of the parchment is engraved on a stone at the base of the Tower in the Italian Garden.

Contemporary testimony mentions 2 underground passages leading from the heart of the castle, one leading to a thicket some distance from the castle but within the grounds, the other directly to the left bank of the River Nure, presumably in the direction of the Vigolzone Castle. At present we have not researched the existence of these underground passages but given that the testimony comes from senior citizens who played as children in these tunnels, one can assume that only some if any of the sections of the passages remain.

During works carried out in the castle grounds, three iron crosses were found below ground level, apart from one another but adjacent to what were the original out buildings, located outside the south walls of the castle. The crosses were of different shapes and styles and appear to be of different periods. Were these crosses left as protection, part of religious rituals or simply abandoned and neglected and hidden over time?

Records purport to show the existence in the past of a ‘cell’ attached to the tower that was closed on all sides, save for a hole or flap at the top where one could introduce prisoners or wrong doers and presumably feed them from time to time. Today structural evidence of this construction has not yet been confirmed, it is presumed that with the passage of time and possible collapses or changes made by previous owners we may not discover the exact location of this ‘prison’.

The 5 pointed star in giant Laurels

Outside the north walls of the castle during routine grounds work, traces of a 5 pointed star , some 3 meters in diameter were discovered. The star is formed of irregular stones and its location today is the site of two large, impressive and well established Laurel Trees. It has not been possible to date exactly this symbol and a ‘light’ excavation at the center of the star has shed no light upon it’s origins or significance. It’s assumed the star pre-dates the two Laurels and may date back over 80 years. Perhaps a simple grouping of stones in the shape of a star or something more significant from a different time?

The Drawbridge over the dry moat

The Castle Torrano is situated on a hill overlooking fields that constituted the original flood plain of the Nure River. The location itself of the castle provides its own natural defense and when combined with the dry moat, makes the castle accessible only by means of the drawbridge that when raised constitutes part of the perimeter walls. Following the end of the feudal period in this part of what was then not Italy as we know it today and an upsurge in farming and aggressive use of agricultural land sometime between 1806 – 1920, photographic evidence shows that the original drawbridge was replaced by an earth embankment that more easily enabled wagons and livestock to move easily around and between the castle grounds and surrounding land. Naturally during this time the need to defend the castle from attack was no longer paramount. Over time a stone staircase was built that allowed access by foot. In the 1960’s thanks to the forward thinking of the previous owners who had saved the parts and materials from the original drawbridge, the earth embankment and stone staircase was dismantled and the drawbridge was re-constructed in it’s original location , thus allowing once again access to the castle through ‘primam portam’ (first door). Documents exists that reveal the presence of arches and other architectural features. The drawbridge as is stands today is identical to the original, with exception of the supporting chain and a change to the angle at which it lays open, a concession to todays Health & Safety requirements. 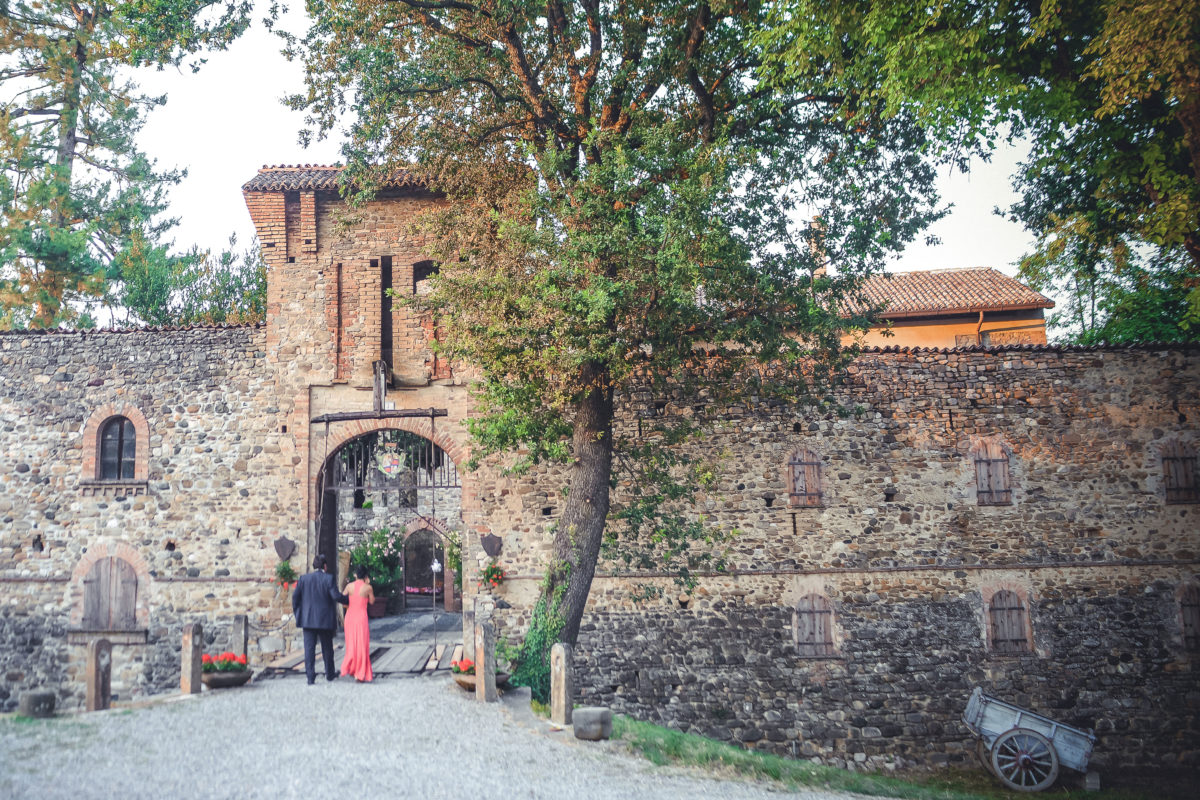