The Torrano Castle stands on the foothills located to the South East of the River Nure, the grounds bordering the road that joins Pontedell’Olio to Carpaneto. The first known mention of the town, also called Torano, and Thorano appears on a parchment from the year 839AD. The name appears to be linked to the Roman family of Turania through a document of the time, the text of which is engraved on a stone that can be seen on the inner walls of the castle. Later in 1192 Torrano was granted the status of ‘fief’ (fiefdom) by the then bishop Tybalt Arduino Confalonieri, one of the rectors of the Lombard League. During the rule of the Confalonieri in 1250 the tower was constructed , mentioned in archives of the day for having been previously occupied by the troops of Alberto Scotus and then sold by the Duke Galeazzo Visconti to Fulgosio, ardent supporters of the Guelph party. In 1321, The Duke Galeazzo, ordered the destruction of the fort, which at the time, was described as “magnificent and extensive”. The Fulgosio Torrano passed in 1376 to Corrado Leccacorvi, upon his death the castle with adjoining estate passed to the eldest son in 1466, one Luchino, Leccacorvi. With the approaching demise of the Leccacorvi’s on April 19, 1522 , Vincenzo Leccacorvi, sold the castle to Gian Bernardino Marconi. At the end of 1649, during the reign of the Farnese , Torrano was granted the title of County under the Chiapponi. Later during French rule it was confiscated by the state, whilst under the Prefecture of Taro, and subsequently resulted in 1812 to its demise as a County . Since then, the castle has had numerous owners, culminating today, where the castle is in private family hands. 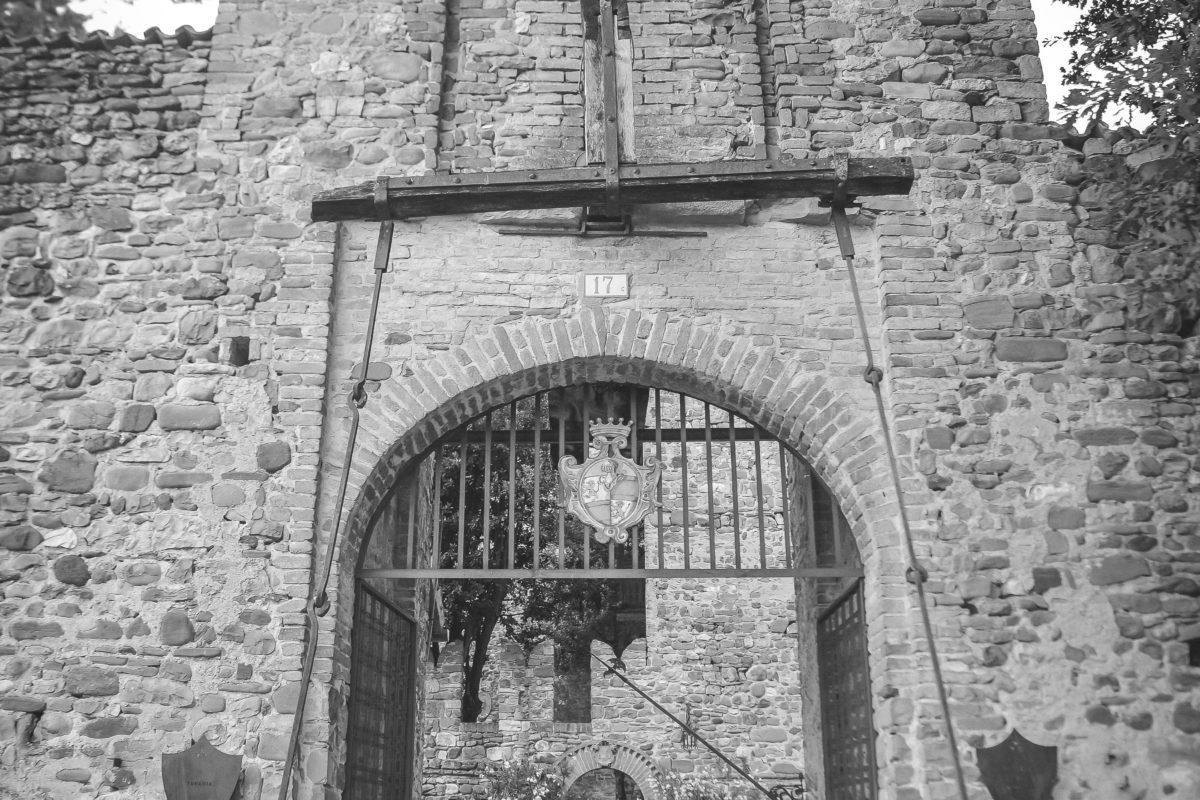